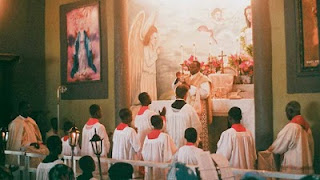 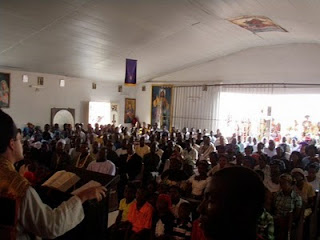 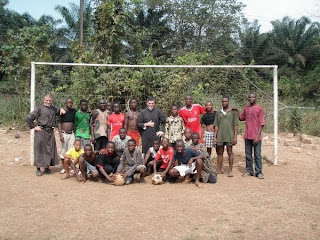 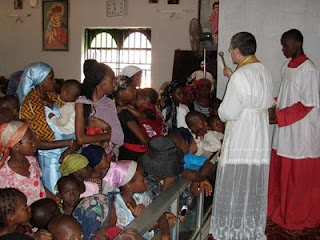 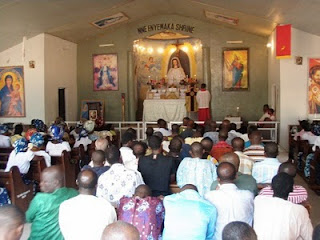 On July 2, 1988, the pontifical commission "Ecclesia Dei" was instituted with the motu proprio of the same title by John Paul II. The initial objective was to facilitate the return to full communion with the Church of priests, seminarians, religious, groups and individuals who, not agreeing with the liturgical reform of Vatican Council II, had joined the priestly fraternity of Saint Pius X founded by Archbishop Marcel Lefebvre, but had not agreed with his action, performed in 1988, of a consecrating a few bishops.

Afterward, "Ecclesia Dei" extended its competencies, placing itself at the service of all those who, even without connections to the groups of Archbishop Lefebvre, desire to preserve the former Latin liturgy in the celebration of the sacraments, and of the Eucharist in particular. In practice, "Ecclesia Dei" has been given the task of conserving and preserving the value of the Latin liturgy of the Church established in the 1962 reform of John XXIII.

The progress made by "Ecclesia Dei" in these nearly twenty-two years has been significant.

In 1988, the year of its foundation, it granted pontifical approval to the priestly fraternity of Saint Peter, and of the Saint Vincenzo Ferreri fraternity.

The first was founded immediately after the schism of 1988, and its first superior was Fr. Joseph Bisig, previously the assistant general of the fraternity of Saint Pius X with Archbishop Lefebvre.

The second was created in 1979 by Fr. Louis-Marie de Blignières, who had maintained that the conciliar declaration "Dignitatis Humanae" on religious freedom was contrary to traditional Church teaching, and later, after more thorough study, had become convinced that Vatican II did not represent a rupture.

Pontifical approvals for other institutes followed:

- the abbey Sainte-Madeleine, founded in 1970 by Fr. Gerard Calvet, a monk of the Benedictine Subiaco congregation (1989);

- the abbey Our Lady of the Annunciation, in Le Barroux, France, founded in 1979 as the women's branch of the abbey Sainte-Madeleine, founded by Fr. Calvet (1989);

- the Mothers of the Holy Cross, with generalate house in Tanzania, founded in 1976 by Sister Maria Stieren, of the missionary Benedictines of Tutzing, and by Fr. Cornelio Del Zotto, of the Friars Minor (1991);

- the Servants of Jesus and Mary, founded in 1988 by former Jesuit Fr. Andreas Hönisch, and currently based in Austria (1994);

- the Institute of the Good Shepherd, founded in the same year in France by Fr. Philippe Laguérie, together with some priests who had left the priestly fraternity of Saint Pius X (2006);

- Approval of diocesan right is currently underway for the Sons of the Most Holy Redeemer, founded in 1988 and based in Scotland, and of the Fraternity of Christ the Priest and of Holy Queen Mary, based in Toledo, Spain.

There are many more foundations – individual monasteries and convents of sisters – that celebrate the liturgy according to the rite of 1962, and it is impossible to list them. But here it is necessary to recall the journey made by the diocese of Campos in Brazil, whose bishop, a man closely aligned with the positions of Archbishop Lefebvre, resigned in 1981 for reasons of age and afterward became a member of the priestly society of Saint John Baptist Mary Vianney. In 2002, the society came back into communion with the Church, and was constituted as a personal apostolic administration – limited to the territory of the diocese of Campos – for the faithful attached to the Tridentine tradition. Within this new apostolic administration, the Institute of the Immaculate Heart of Mary, founded in 1976, received approval of diocesan right in 2008.

As can be seen, a modest number of institutes have obtained pontifical approval, with the possibility of following the traditional rite in the Church. Taken individually, they are small institutes, but around them revolve a certain number of faithful.

The most numerous group seems to be that of the priestly fraternity of Saint Peter, which numbers about thirty houses in the United States of America, about twenty in France, and a few more in Austria, Germany, Switzerland, and Belgium. In Rome in 2008, the fraternity was assigned a personal parish for the faithful who prefer the rite of Pius V: the church of Santissima Trinità dei Pellegrini was designated as their center. The other institutes are of much smaller dimensions, with the exception of the Institute of Christ the King Sovereign Priest, present in about fifty dioceses, with about 70 priests.

In any case, it is difficult to quantify the number of those who in various ways are under the supervision of "Ecclesia Dei." There are said to be about 370 priests, 200 religious, a hundred non-ordained religious, 300 seminarians, and a few hundred thousand faithful.

As a result of these figures, "Ecclesia Dei" has sometimes been very quick to grant pontifical approval to institutes that have wanted to reenter the Church. And this way of operating stands out clearly if its is compared with the practice of the congregation for institutes of consecrated life and societies of apostolic life, which waits several years before granting pontifical approval to an institute.

The manner in which these institutions have been approved is just as significant, and is clearly expressed in the relative documents.

In establishing the personal apostolic administration of Saint John Mary Vianney, in 2002, the congregation for bishops granted the faculty of celebrating the Eucharist, the other sacraments, and the liturgy of the hours according to the rite codified by Pius V and with the adaptations introduced up until 1963 with the pontificate of John XXIII.

Also in 2008, the commission granted the Trappist abbey of Mariawald, in Germany, a complete return to the liturgy used in the Trappist order until 1963-1964.

The different regime appears even more evident if one considers that these institutes, listed in the Annuario Pontificio, answer only to "Ecclesia Dei," although the granting of pontifical right depends on consultation with the prefect of the congregation for institutes of consecrated life and societies of apostolic life.

Two documents by Benedict XVI have clarified the range of action of "Ecclesia Dei," and the life of those who feel attached to the ancient rite of the Church.

In the motu proprio "Summorum Pontificum," of July 7, 2007, the pope asserts that the missal of Paul VI is an ordinary expression of the prayer of the Latin-rite Catholic Church, while the one published by John XXIII is an extraordinary expression. This means that neither of the two forms of the one Latin rite is seen as replacing the other. As a result, the use of the Roman missal in the 1962 edition has been liberalized and regulated according to the normative dispositions of "Summorum Pontificum." All priests who wish to may celebrate according to the ancient rite, without needing any permission. And the religious institutes may also celebrate following the previous Roman missal, with the agreement of their major superiors if a regular or permanent celebration is in question. The effect of these measures, and certainly an intentional one, is not to contrast the missal of Pius V with that of Paul VI or vice versa – making it an element of friction – but to consider them two forms of the one rite.

The second document is the motu proprio apostolic letter "Ecclesiae Unitatem," of July 2, 2009, with which the pontiff closely associated "Ecclesia Deo" with the congregation for the doctrine of the faith. This updating of its structure is intended to adapt the pontifical commission to the new situation created with the lifting of the excommunication – on January 21, 2009 – of the four bishops consecrated by Archbishop Lefebvre. Because the problems in view of healing the division of the priestly fraternity of Saint Pius X are of an essentially doctrinal nature, Benedict XVI has decided to expand the competencies of "Ecclesia Dei," putting it directly under the congregation for the doctrine of the faith.